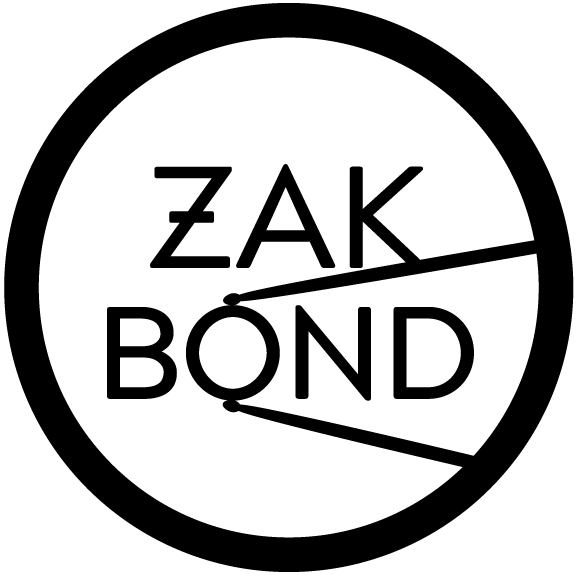 MY PATH : THE BEGINNING – School & Heatwave Of Orlando

My son just turned 16. Happy birthday, Geo! He is working his way through high school in Tokyo and starting to consider the future. College, jobs, etc.
He has so many interests. It highlights that being pressured to decide your whole future path from such a young age is simply counterproductive. How do you know what you are into if you haven’t had a chance to gain any life experience yet? I encourage him to explore, travel, and not rush the process. If you can find joy in the process itself, the goal becomes the end result of a particular chapter, not necessarily the point of doing the damn thing. And ya never know, along the way, when you’ll find your niche and passion.
I was fortunate in that lightning struck for me at age 10.
I knew from the first time I sat on a kit, I was a drummer and would play for the rest of my life. My sister’s boyfriend, now husband, is a drummer and a huge Rush fan (as am I). He sat me at his Neil-sized kit, complete with cowbells, wood blocks, and wind chimes, handed me sticks, and that was that. Talk about lighting a fire! From there I enjoyed learning and playing along with the radio until middle school when my laser focus took over and I became more serious about the craft.

Middle school kicked off a series of life-changing moments. In 6th grade the band director had us write down the instrument we wanted to play. There was no drumset on the list?! I courageously asked and heard I’d have to start on snare drum and percussion. Sigh… the assessment was to try and play a few rudiments, and when it came to the roll, I recall emulating what I thought Buddy Rich’s whip cream roll was, dragging my sticks about the head in succession to get a smooth buzz. What did I know?! I was at home playing along with Genesis’ Abacab album. Now it was Timpani? Marimba? ugh. Not my cup of tea. If I wanted to play drum set, I’d have to be invited to the jazz band. They chose 3 other drummers 🙁
Fortunately, at some point one of them had an interest in football and couldn’t make it, so they asked me to sit in. It was Land Of A Thousand Dances. I killed it and a new path was formed.

I took a heavy interest in solo and ensemble competitions, began making All County, and started to dig into all things percussion-related, falling head over heels for classical music. Holst, Mahler, Shostakovich, Mussorgsky, and Rachmaninoff, were my introduction to what the future held.
Around this time, circa 92 or 93, the Classic Sr Drum and Bugle Corps began rehearsing at my middle school on the weekends. I happened to be riding my bike by and was blown away. So on the weekends, I started hanging out at my school.
Fast forward a short time, and I was marching my first parade with them. Imagine a 70-75lbs little middle schooler marching a 32” old school bass drum in his first parade. I believe it had the old aluminum wrap. Crazy heavy. The snares were holding up the front of my drum by the end. I was hooked.
A great drum set teacher, Paul Parker, came to do a clinic for us clueless middle schoolers. He was the first professional drummer I’d met. He did a clinic, sat in with the jazz band, we talked, and I convinced my parents to start me on lessons. It was SO fun when I could almost already play or read what he had me diving into, but other times it was slow grueling work. I HATED trying to slog through the physical coordination for samba, and my attention span was crap. Paul, ever patient, had me keep at it trying to keep fueling the fire. I was not the best student, but I loved the feeling of nailing something. The problem was my work ethic was nowhere close to what it is now. I was a kid after all… video games, friends, building make-shift tree houses, riding my bike. Just being a boy was a full-time adventure. Then on lesson days I’d feel stressed, trying to cram in the week’s material. Sure I had chipped away, but I wasn’t ready for the next step. Paul always knew and would have me take it again for another week, adjusting the size of the assignments to more easily digestible portions. What a godsend he was. He instilled lessons, material, and techniques that would carry me through even today. Brilliant educator. Sometime around my freshman year, I recall telling him I wanted to be a full-time studio musician. He asked if I was sure and told me point-blank to get ready for a lot of instant mac-n-cheese and ramen. lol Such a wonderful life lesson and dose of truth. Of course, I said sign me up!

The competition was fierce in my area. There were quite a few talented players; even my GF and I were top seated for the Musician Of The Year plaque. We both had started playing pro gigs with the staff on weekends for festivals around the area. So gigging started around age 14-15 for me. I was proud to earn all the accolades that came before jumping into the bigger pond at high school.

By high school, I was ready for more. They threw me on my first set of Yamaha quads, which was awesome. I found ease moving around the drums with my drum set background, plus we were learning music for Pictures At An Exhibition. Fun!
Our band director was a well-versed trumpeter whose then-wife was a percussionist and band director at one of the neighboring middle schools. We could hear him shedding on his breaks. What a sound! He was hip to jazz arrangements and all that entailed, plus the symphonic band program was killing it. I naturally found my click in the drum line, always banging the crap out of the trash cans with them at our morning ritual spot in front of the band room. Lunchtime was the same, I’d shed on everything, everywhere, with pad and sticks at the ready. Even the cute Puerto Rican girls in gym class would call me Palito as I’d choose to sit in the bleachers and shed while everyone played volleyball or the assigned sport of the day.

Now, I loved playing sports, but it was something my crew mostly did on the weekends or after hours. Streetball, soccer, flag football, etc. However, my biggest interest at this time, aside from music, was chess. I’d skip classes to sit in the library and study chess books from the decades. Being the young entrepreneur I was, I began playing passers-by for more lunch money. A boy drumming all day burns a lot of calories and I wasn’t going to miss out on a quadruple helping of Mexican pizza Fridays. Why on earth did they call it that?!

The competition was even more fierce at this level. We had several high schools full of talented players around, all vying for spots in All-County, All-State, and solo competitions. I upgraded my solos to the hardest pieces on the list and consistently took them to state earning perfect ratings. At that point, it was Mitch Markovich’s solos and duets that offered the only grade 7s, and I played the hell out of ‘em.
I was invited to come to perform my solo at the local PASIC day of percussion for a young artist showcase. What an exciting foray into the professional percussion community. I shed my buchacha off for that spot, playing through my solo from as soon as I woke up, (to make sure I could even do it when feeling groggy or off my game) till I was about to retire for the night. When the day came, I did my thing, then had my mind blown by all the talented drumming gurus in the area. The special guest was Dom Famularo and I felt like I caught the Holy Ghost of drumming. Talk about inspiring. What a force of nature he is.

The jazz program at my school was lit. We dug deep into hip arrangements. Our solo instrumentalists, myself included, won accolades from numerous competitions for best soloists. For the serious kids, the program ingeniously fed into the Osceola Center For The Arts Jazz Band, where the big boys played. Through my teacher Paul and the band director, I was slowly able to hang out and eventually start sitting in for rehearsals, then shows. Those cats were well versed and played their butts off. Sure appreciative that they let a kid like me sit in the drum chair and learn to drive the bus.

Also during my high school years, the Classic Sr Drum and Bugle Corps had become The Heatwave Of Orlando Sr. My drumline friends and I were hooked and traveled to Orlando every weekend to shed and learn from the who’s who of drum corps vets, traveling up to the Northeast to compete in Drum Corps Associates (DCA) in the class A division. We were a small but mighty A60 corps (up to 60 members). There I continued competing in I&E (individual and ensemble) topping out in a top 5 spot and working my way through seasons on tenors and snare, eventually landing in the section leader position.

We were fierce and old school. Double-rimmed mylar heads playing some thick books with the old school HEAVY Delucias. Our corps director / cofounder / conductor / battery caption head / battery arranger was Drum Corps Hall of Famer, Vic Kulinski, Jr. Vic has golden hands. The man plays and writes like no other I’ve ever encountered, plus his leadership abilities are through the roof. Vic also kick-started my professional career by giving me a chance to sub-in at Universal Studios for a street-mosphere gig when I was around age 16-17. That kicked off my long career run in the theme park industry until I retired from Tokyo Disney circa 2007 to start my own company, returning for one last full-time contract for Kitchen Beat in 2009-2010. (Another story for another day.) Heatwave was the best place a drum corps kid could have grown up. I not only learned the history of the activity but how to play everything from old school to new school. Beefy sound quality, heart, and digging deep were the main lessons. In total, I was in the activity from 1992-2002, (aging out at Blue Devils in 01) after which I joined Blast 2: Shockwave.

So, in short, the beginning of my path opened doors along the way when I was ready to move through them. If not for the amazing directors and people that showed me possibilities and took chances on me, I would have moved along a different path. This highlights that the journey and opportunities that present themselves along the way are the point, rather than just arriving at a destination.

From 2004-2017 I was a resident of Tokyo. In many ways, my transition to Dallas was both swift and drawn out. Tokyo was my home

I am an avid writer. Whether it’s notebooks full of fun rudimental exercises I’ve developed, solo works, writing for drumming shows, transcribing songs for a

TYPICAL DAYS…It is 5 minutes to showtime.The band gathers at the stage to decide what is going in for this set. We have 3 sets